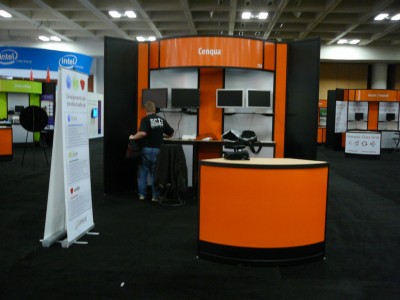 In typical form, we managed to setup our booth (above) and demos just moments before the Exhibitor's Pavilion opened. The first day on the floor is always a killer: 11:30am to 8:30pm. I was wise and kept up my sustenance over that period; an apple for breakfast and an Oreo for lunch.

It was my turn to be the media whore today. Lucky I had had a shave. First up was an interview with SYSCON-TV http://soa.sys-con.com/read/372918.htm (the title is a little OT, and I'm pretty sure I didn't use any of those exact words, but the gist is right). I was also interviewed by Frank and Bill for an Artima podcast. They both ask great questions and it was a lot of fun chatting to them.

Against one of the far wall in the Pavilion is one of those Sun datacenters-in-a-cargo-box thingies on the back of a huge semi trailer. High candy value, I'll try and take some internal photos tomorrow. 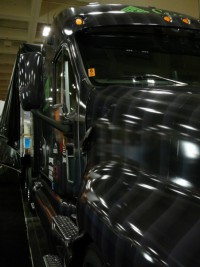 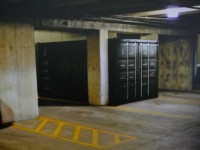 I managed to sneak away from the Cenqua booth to go see Neal Grafter's Closure technical session. He does a lot of pointing. 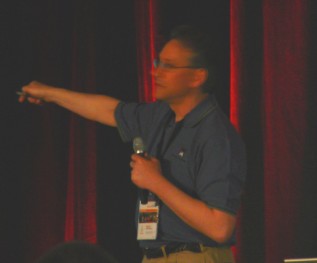 Neal's explanation of his Closure proposal is thorough and clear. I got up and asked him a question during the Q&A, but managed to completely dilute my real question with qualifications. I'll try and write more about that later, if I can get my head together.

At the end of the day I hit the Closure and Java Posse BOFs. The Closure BOF ended up as mostly a re-cap of the previous technical session. The Posse's BOF was great, though not all of us found it enthralling as others: 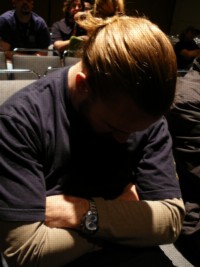 After that some of the people at the Posse BOF went to the pub for a few well-desereved coldies.