It is probably best to make clear that I'm a hard-core Civilization fan. I've spent large slabs of my life playing each of the first three versions, large slabs that are measured in metric tons. Everyone say it with me: just one more turn. 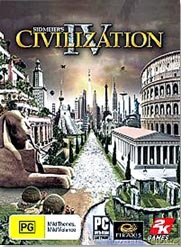 So it was always a given that I'd be buying Civilization IV when it came out. And that is not even taking into account how great it actually looks; Python-based mod's, better multiplayer and team-play, civics, religion and ... the removal of corruption!

Civ IV is due to be released Nov 3, suffice it to say I've pre-ordered my copy. But after pre-ordering, I thought I'd better check if I've got a beefy enough box to play it. That was an instant "D'oh" because I don't have a DVD-ROM, but that is easly fixed for less than $40 at the weekend computer markets. Civ IV's system requirements state you need "Video hardware transform & lighting". Couldn't quite work out if my tried-but-true GeForce4 MX 440 qualified, but didn't want the game turning up and then not being able to play it instantly because of my grahics card.

That's when I came across www.srtest.com. They sorted me out: yep, I do meet the minimum requirements.

Don't bother emailing me in November.